This show is always well supported by both society members and the local
community.  It has a comprehensive schedule which includes a wide range of
classes. The Daffodil section was well entered (in spite of the continuing
cold weather) with just under a hundred vases staged,  134 blooms  for judge
Ian Tyler to consider.

The Best Bloom in Show Card was awarded to Tom Alty, in a single bloom
exhibit, for ‘Kingham’ (1 Y-Y) a 1981 Clive Postles introduction.
Click on images to enlarge 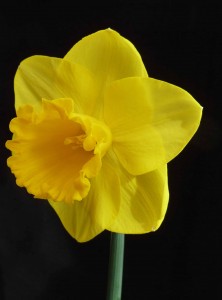 The Bronze Medal (For Best Exhibit in Show) was won by Keith Capper with a
vase of three ‘Gympie’ (1Y-Y). 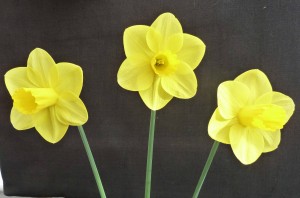 N. Donnelly achieved a Diploma in his exhibit of three daffodils with
‘Trena’. 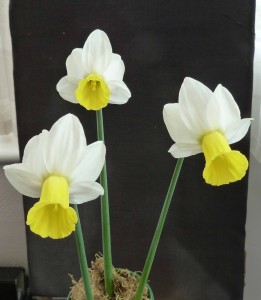 Tony Bracegirdle had the Highest Points in the Daffodil sections and was
also awarded a Diploma for one of his miniature exhibits ‘Xit’. 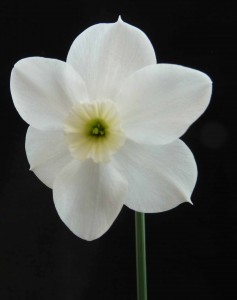