Tottington Horticultural Society holds two shows a year with daffodils  featuring highly in the Spring show.  There were 54 entries in the daffodil classes, over a hundred blooms in all, which, given the bad weather conditions, is a tribute to the exhibitors.

Tom Alty won the major award for Most First Prizes in the daffodil classes, ‘The Tom Scholes Memorial Tray’. Tom was also awarded a Diploma, by Judge Dianne Mason, for three division 4 blooms of ‘Crowndale’. 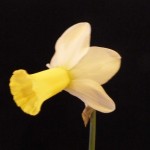 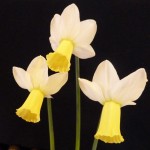 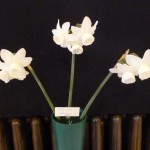 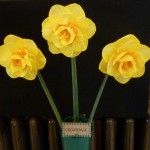 Crowndale – Diploma for Best Vase of 3 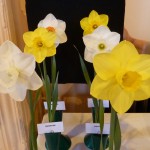 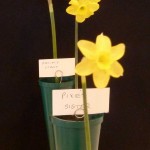 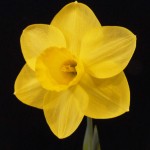