Richard Gillings is the 2016 recipient of the George Tarry award.
Richard has rapidly become the Society’s “Mr Fix it”. His range of skills and experience together with his “Get on and do it” attitude has transformed the Society’s annual show at Coughton Court. What’s more he has been instrumental in organising a new event this year, the Society’s Late Competition at Henry Street Garden Centre, Arborfield, Reading.

His talent and enthusiasm also extend to the show bench where he is a frequent winner in the hotly contested premier classes at both the Daffodil Society and the RHS shows.
Congratulations! 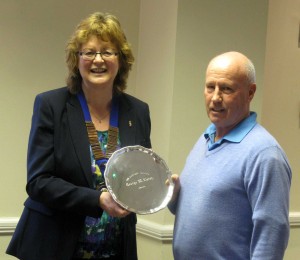