Derek Phillips, Chairman of the Wessex Daffodil group had a day to remember as the group celebrated its 25th anniversary show. Derek won the DS Gold medal for winning the Wessex Championship class for 6 cultivars from Divisions 1-4 with a fine set of Ombersley 1Y-Y and River Queen 2W-W, All America 2W-P and Cape Cornwall 2Y-YYR and Heamoor 4Y-Y and Truculent 3W-WWY. Cape Cornwall was also the Best bloom in show. 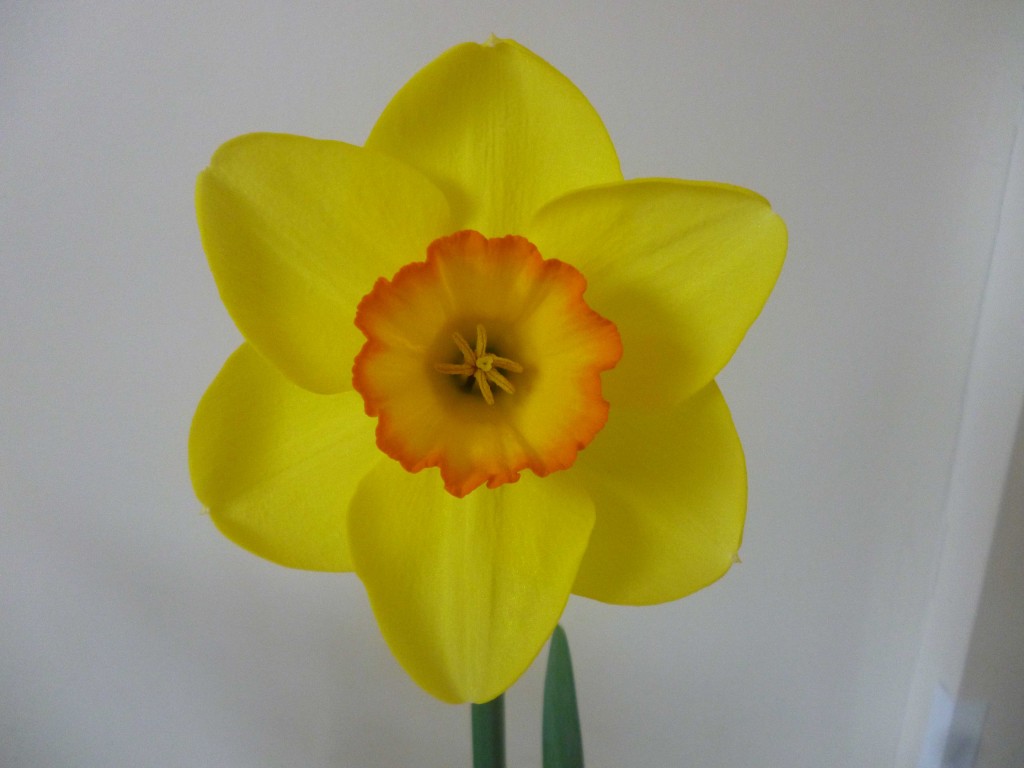 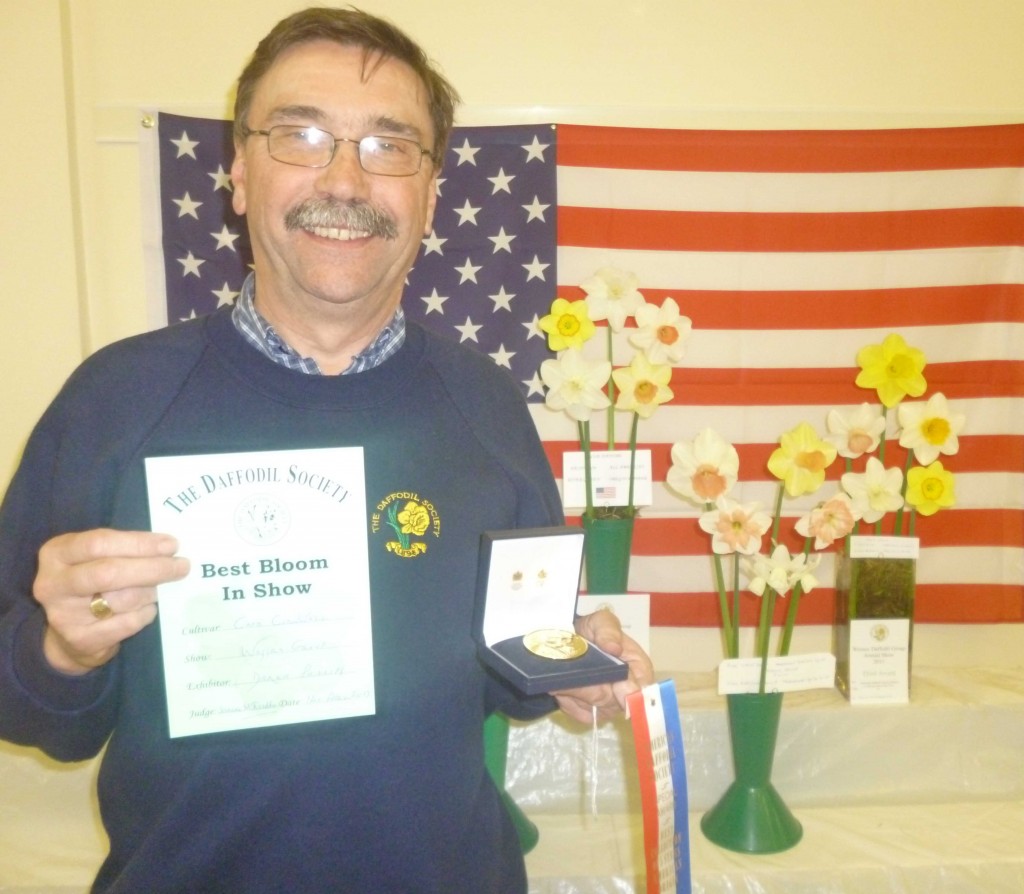 The prestigious DS Silver medal was awarded to Alan Purnell for most points in the show. Alan’s Ombersley was Reserve Best Bloom and he also won the Frank Calcraft Memorial class, Best Divs 5-13 and Miniatures and was the Division 2 Section winner. 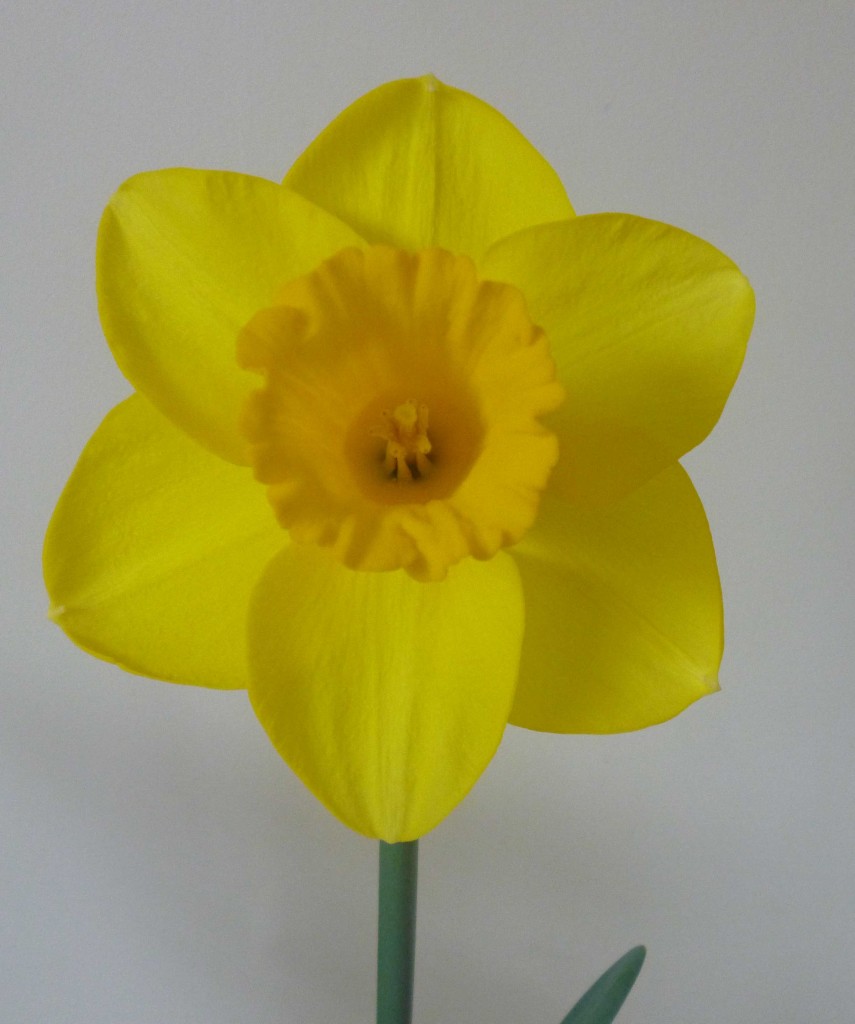 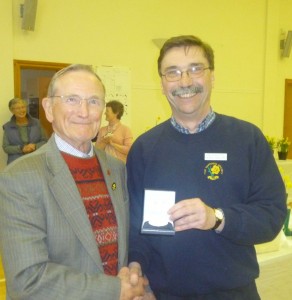 The journey from the New Forest was worth the trip for Ray Hayward who took Bronze medal for the Best Exhibit  of 3×3 vases including three Banker that was judged best vase of 3 blooms. He also won  Best Division 4 for with a lovely Jersey Roundabout. 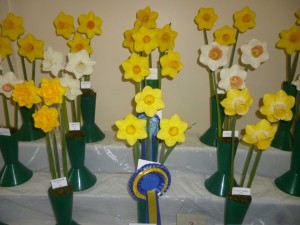 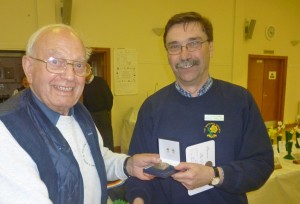 Janine Doulton travelled from Kent to be our senior judge and although for a number of reasons exhibits and exhibitors were down in numbers on previous years it was a great day. Our thanks to Henton Gardening club members for their hospitality (the bacon butties in particular!) and for their increasing entries in the village classes. Especial thanks to Dennis Roberts who has been a great support of the Wessex group shows at Henton. Hearty congratulation on his 80th birthday and for winning the most points in the Henton village classes.